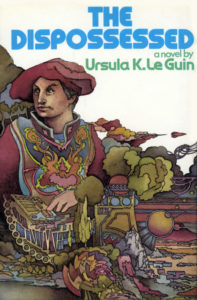 “There was a wall. It did not look important. It was built of uncut rocks roughly mortared. An adult could look right over it, and even a child could climb it. Where it crossed the roadway, instead of having a gate it degenerated into mere geometry, a line, an idea of boundary. But the idea was real. It was important. For seven generations there had been nothing more important than that wall….”

So begins Ursula K. Le Guin’s Hugo and Nebula award-winning novel, The Dispossessed, first published in 1975. Described as “utopian science fiction,” The Dispossessed follows the journey of a visionary physicist named Shevek, who leaves his home world of Annares (a kind of anarchist, revolutionary utopia), to pursue what he calls a General Temporal Theory with the help of researchers on Arres’ sister world, Urras—a planet riven by the conflict between competing capitalist and authoritarian systems. Shevek’s journey will lead to the development of a radical new communication device, which will transform the future of those worlds.

The novel explores the themes of social transformation, ideology, collectivism, individual freedom, and the Sapir-Whorf Hypothesis—as well as the deep structure of time. 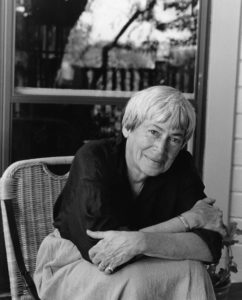 Ursula Kroeber Le Guin was born in 1929 in Berkeley, and lives in Portland, Oregon. As of 2015, she has published twenty-one novels, eleven volumes of short stories, four collections of essays, twelve books for children, six volumes of poetry and four of translation, and has received many honors and awards including Hugo, Nebula, National Book Award, PEN-Malamud, and the National Book Foundation Medal. Her most recent publications are The Unreal and the Real: Selected Stories of Ursula K. Le Guin, 2012, and Steering the Craft: A 21st-Century Guide to Sailing the Sea of Story, 2015.

Groups about The Dispossessed 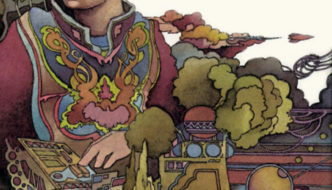 This reading took place Dec 1, 2015–Jan 2, 2016, and was the very first Readers Underground (then #litgeeks book club) read together. It served as a beta test of our format, forum software, and other systems. The conversation continues in our forum.