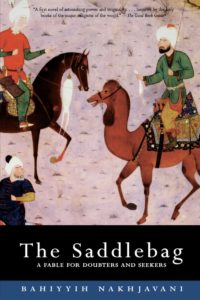 First published in 2001, The Saddlebag by Iranian-British author Bahiyyih Nakhjavani is one story that is nine stories, nine stories that are one story. Nine characters encounter each other and the contents of mysterious saddlebag on Pilgrimage to the Holy Cities of Mecca and Medina. A contemporary Canterbury Tales, each story resonates with joy, sorrow, life, death, and the ever changing face of the Divine. The Thief, the Bride, the Chieftain, the Moneychanger, the Slave, the Pilgrim, the Priest, the Dervish, and the Corpse. These nine souls—different races, stations, religions and backgrounds—gravitate, unbeknownst to them, towards a single, primal point. 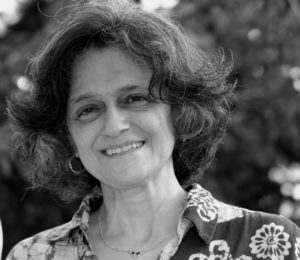 Bahiyyih Nakhjavani was born in Iran, grew up in Uganda and was educated in Britain. After completing her doctorate in the USA, she taught English and related literature in Europe, Africa and the Middle East as well as Canada and America. She has published two titles in the UK (Bloomsbury), three in the US (Stanford University Press) and four in France (Actes Sud). Many of her novels are also available in Spanish (Alianza) and Italian (Rizzoli). She currently lives in France where she has been teaching and writing for the past twenty years.

Groups about The Saddlebag 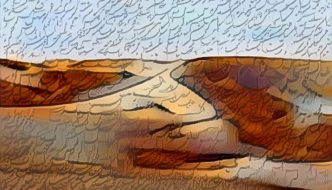 Bahiyyih Nakhjavani’s poetic prose is a continuation of the Persian tradition of using lush, mystical imagery to awaken the soul. We hope you will join us as we take a journey inward with The Saddlebag.This was the third reading of Readers Underground …