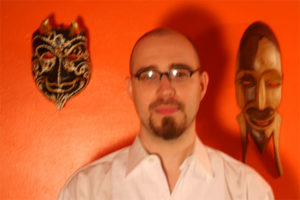 James Curcio’s checkered career of media production began around 2001 when he graduated Bard college with the world’s most lucrative degree (Philosophy), and co-founded a media collective, who produced pharmaceutical media and websites by day, and all sorts of avant-garde weirdness by night.

But what started as a Robin Hood scheme was looking an awful lot like working for The Man — just out of college, after all— so next stop was LA to play in a prog metal band named after Jack Parsons’ Babalon Working. It went almost as well for us as it did for him. Then occult publisher New Falcon released his first novel, JOIN MY CULT! in 2004. This LSD-soaked, mangled gibberish was a Burroughs-esque satire about 90s counterculture groups that no one seemed to recognize as satire, but which nevertheless garnered a cult following, and is still passed around in occult circles.

The following decade of fast life and dissipation on the Con / Fest circuit gave birth to media startups, albums and occasional shows, books, graphic novels, essays and anthologies, Alternate Reality Games, podcasts and web series including a Gonzomentary he claims not to remember acting in. These were all produced in collaboration with a variety of small presses and media groups, which is probably every bit as shady as it sounds. That’s Entertainment.

Many books and startups later, he’s still keeping it irreverent, but has since developed a keener appreciation for fact. Present projects include The Fallen Cycle and endless research for the forthcoming anthology, Masks: Bowie and Artists of Artifice. He’s creative director of Mythos Media, and lives with a harem of feral lesbians and lions somewhere in the mountains. Probably. 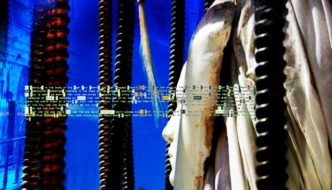 If new myths are born, re-tethered to something sacred, they must be brutally immediate, possessing unavoidable gravity, poignant, fragile, they must be anything but contrived, planned, and developed with the intention of bringing us the sacred. (She does not come to us on a platter. More likely, the platter will have your beating heart on it.)