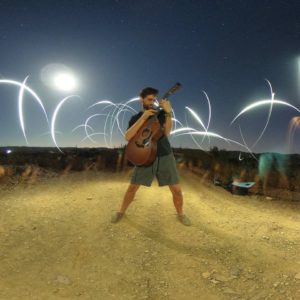 Michael Garfield is an evolutionary biologist by training, visionary artist and musician by profession. This article’s an excerpt of his debut book-in-progress, How To Live in the Future. Learn more about his many projects and support them at his Patreon campaign. 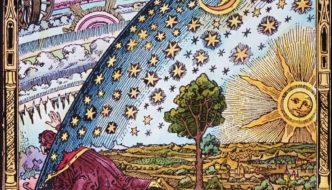 If some Omega Point in hyperspace, the Eschaton that waits for us at history’s end, draws all mundane phenomena into its all-embracing unity, we’re implicated in that vast conspiracy already. We can celebrate. But particles apparently pop in and out of being all the time, each moment a Creation. All of it occurs at once, a party more than a parade. So point me to “the” Singularity, again? 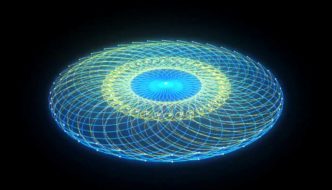 When I attempt to visualize “the future” as I learned to think of it in childhood, I see the image of a silvery, metallic, shifting sphere…