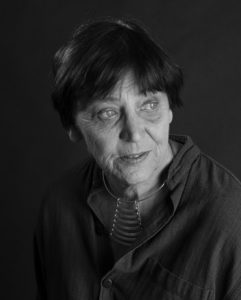 Philippa, born and raised in South Africa and fatherless by two, experienced the wildest of rural Africa in the care of her grandfather, on safari for weeks inspecting African schools. Otherwise she was imprisoned in boarding schools, for a ‘British’ education. She has lived on deserted islands in the Indian Ocean; where food was abundant and she hungered for words and a human voice; on the shores of a lake in Bavaria ; lectured to mature University students; designed and built her home, an arts centre and concert hall; raised four daughters.

Two books, one fiction A Shadow in Yucatan and one non-fiction Involution—An Odyssey Reconciling Science to God, have taken a lifetime’s distillation. Inspired by a profound spiritual experience Philippa sought the necessary vocabulary from extensive reading in science and mysticism, to clothe a new evolutionary concept about the Odyssey of Mankind which she claims is the longest autobiography ever written!

A leitmotiv of all her work is the celebration of the maverick and unorthodox individual as being the kernel of human advance. (Involution was nominated runner up ‘Book of the Year by the Scientific and Medical Network (2013).)

Her recent short stories have been shortlisted for Narrative Magazine prizes (four in 2014—two published) and the Rubery Prize. She is currently planning a memoir from her unique experience of straddling the black /white Boer/British, Old and New World divides, and a strange family connection with George Eliot. 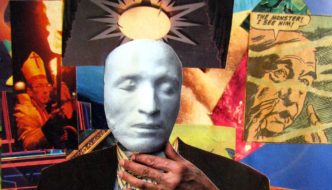 Kapuscinski’s intentions are early implied, to match Dawkins bite for bite and (as honestly) to demonstrate the irreconcilable gulf between intellectual reductionism and emotional religious dogmatism, each flailing towards fundamentalism in trying to flatten one another.