Richard Murray studied classics at Notre Dame. A love of Scriptures and a Thanksgiving weekend visit to a monastery began a spiritual search, and eventually he became a Camaldolese monk (the Camaldolese are a 1000 year-old branch of the larger family of Benedictine monks). As a monk he studied in Rome at the Pontifical Institute of Sant’ Anselmo, the central Benedictine school. His study in Rome was an especially Spiritual time. Despite his love of the monastic life, when his simple (temporary) vows finished after 6 years, he left the order and returned to the U.S., where he was an inner-city schoolteacher and taught 8th Grade in New York City. He also provided counseling for members of the community there. This was the best job ever, except for that he got no writing done. After 5 years in New York, he came to California, mostly Berkeley, to write.

His work includes the rediscovery of mystical structures in the Scriptures. These mystical structures begin in the Psalms of the Hebrew Scriptures (Old Testament), and are hiddenly referred to on almost every page of the New Testament and Qur’an. Outside of the 3 Abrahamic religions, these mystical structures also have connections to Chandogya Upanishad, the Bhagavad-Gita, and Taoist art. This discovery could be wonderful for interreligious dialogue. He hopes that his first book(s) will be finished and published in early 2017. 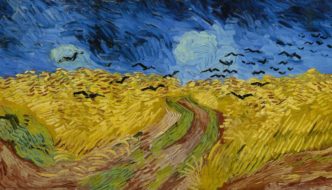 “The purpose of this essay in response to Dierkes is this: I would like to add the element of human evolution—a Human Evolution that is also participated in by the Divine, and led and guided by the Divine—to the instruction and guidance that Dierkes has given us.”