I don’t know how many people have the stomach or attention span for a sprawling, nearly 3-hour documentary covering the last 40 years of our civilization’s slide into metacrisis and narrative collapse. But for those who do, Adam Curtis’ HyperNormalisation, produced by the BBC, is well worth your time.

Released in October 2016, during a moment of peak political irreality (which obviously continues), the film traces and attempts to weave together a complex web of storylines, including the financialization of the economy; the spread of suicide bombing in the Middle East; the emergence of the internet, big data, and the surveillance state; the role of nihilism and narcissism in creating an atomized, subordinate society; the pull of techno-utopianism and our escape from material reality into social media; the promise and shortcomings of the Occupy movement and the Arab Spring; the rise of Donald Trump and the appearance of a political technology (oddly, yet unsurprisingly, influenced by Russian avant-garde science fiction) whose very intent is to shock, distract, confuse, and destabilize consciousness through practices of “perception management” and “non-linear warfare”; and, neither last nor least, the failure of artists, intellectuals, and the counterculture (i.e., the “liberal class”) to provide an effective, alternative vision for the world or advance a coherent political agenda.

It’s a lot to face and take in, and Curtis, who also wrote and directed The Century of the Self and All Watched Over By Machines of Loving Grace, doesn’t sugar coat. He tells a bleak, even horrifying tale of how these forces have collided and colluded to produce our interlocking crises. From this out-of-control global reality, Curtis argues, we escape into perceptual bubbles that deny, obscure, and oversimplify the ugly truth of the death-dealing machinations of power behind the scenes.

The result is an experience of “hypernormalisation,” where nobody really knows what’s going on, what’s real, or who or what to believe, but we go along with it anyway, as if it’s normal, because we don’t know what else to do.

Disturbing scenes of blood-streaked rooms, bombs blowing up people and buildings, drone attacks and dead children (killed by those same bombs) blend with archival footage of political super-villains (Colonel Muammar Gaddafi, Hafez al-Assad, and Vladimir Putin play prominent roles) and other key players and events. The scenes are carried forward by a dark, mostly electronic/ambient soundtrack, along with Curtis’ stark narration, which connects the disparate dots, like piecing together fragments of a puzzle from the chaos.

Unfortunately, HyperNormalisation does not offer the compelling political vision of a future that Curtis faults the liberal class for lacking. But the documentary serves as an incisive critique of our social complicity (which also appears to be personally our own) in the whacked out state of affairs.

The film manages to draw a messy and complex narrative into tenuous focus, and in so doing perhaps dispels some of the narcotic effect of easier, more simplistic explanations for how we’ve gotten to the brink as a civilization, and where we might be going next. 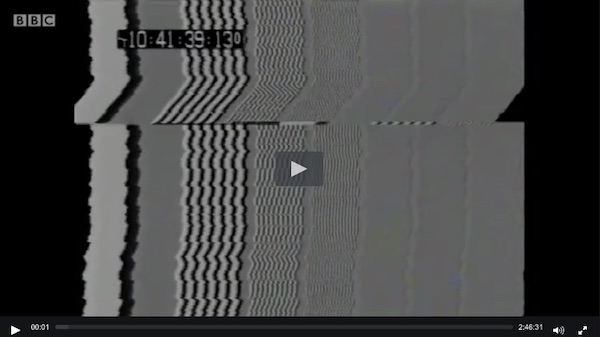