I say a little prayer for you (Aspiration)

May Donald Trump enjoy happiness and the root of happiness.

Today, I was meditating at my home altar. I closed my eyes for a moment. When I opened them, the first thing I saw was the “seven steps to loving-kindness” prayer, shared by Pema Chodron in her book The Places That Scare You.

“May [fill-in-the-blank] enjoy happiness and the root of happiness.”1For the uninitiated, the process of this aspiration is to say it first for yourself over and over until you’ve mastered the intention while remaining peaceful/non-reactive. Then, you proceed to say it for a loved one, then for an enemy, then for a stranger, etc. There are seven categories, always ending with “all beings”—“may all beings enjoy happiness and the root of happiness.” Once you’ve mastered the prayer, you repeat these to yourself continuously.

Without hesitating, I prayed:

“May Donald Trump enjoy happiness and the root of happiness.”

I was immediately struck by the potency of this aspiration. If Trump were to know unconditional love and happiness, he would be less harmful and less hungry for power over others.

For the majority of us, the majority of the time, we imagine that our happiness is dependent upon external conditions fitting the forms of our desires. This is not the enduring path to happiness, however. While we may experience fleeting satisfaction at our sense of personal power (thus, protection from death) when asserting control over our external realities, this pattern also contains the seed of our dissatisfaction, because the conditions we temporarily arrange in our favor will, unequivocally, change.

So, let’s consider: If Donald Trump could tap into the unconditional root of happiness available within himself, he might not feel so empty, isolated and desperate for others’ attention. He might not cling to his posture of aggressive blustering in order to feel strong; nor would he crave everybody’s total deference in order to feel at ease. He might not need to lie, distort, embellish, wheedle, threaten, and fuss to attain his desired status as a “big league” dude. He would heal enough to open up—to listening, to recognizing his humanity, to self-reflection, to a deeper understanding through empathy. The layers of what seem true to him might begin peeling away. And, as a result of this internal reorientation, he would—rather instantly—be of no threat to anyone else.

Now—the likelihood of this latent but esoteric potential to come to pass, while Trump is surrounded and preserved by a clan of covetous people, selected for their loyalty and groomed to feed his fragile ego and his flimsy, reactionary grasp on world issues—is slim. Those orbiting Trump are positioned—and, quite likely, motivated—to use this man for their own ends, instead of serving a process of his liberation. (After all, a hungry ghost thrives grotesquely in the world of politics, where nothing is ever, ever sufficient.)

…But wait a minute, hold those horses, snowflake—what is all this optimistic hogwash about “true and unconditional happiness?”

Perhaps Donald Trump is perfectly happy just the way he is, right at this moment! The author’s suggestion of how Trump would feel differently within her model of “true happiness” is merely what she wants him to feel—i.e., her projections.

Given his far-ranging political powers, moreover, what could she possibly mean by further “liberating” him?! Does this emphasis on caretaking his human needs feed into the narrative of the centrality of this sheltered rich white male sociopath’s needs, which reinforces…?

And so—and reasonably—my aspiration for Donald Trump to experience the roots of happiness might seem pointless: vain at best, repugnant at worst. Perhaps the reader believes Donald Trump is not worthy of happiness, of experiencing lasting peace. Perhaps the reader does not see how this greedy man’s personal liberation could possibly be attached to yours or my fulfillment. This is perfectly understandable.

Whatever you believe shapes how you relate to what is happening around you, in every moment. Sometimes direct experiences change our inner mapping of ideas about the world. More often, we fit external experiences into an explanatory framework that has already been established in the “mental ruts” of our neural networks. And sometimes, things in reality are invisible to us only because we don’t have the ideas to support their perception. 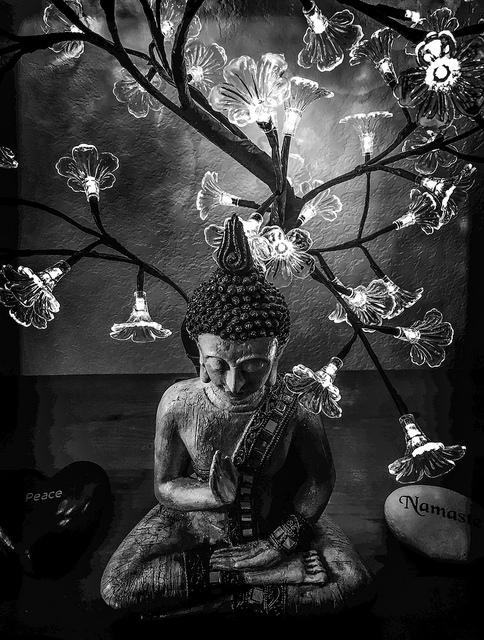 The sacred beam of our attention is what can change these ruts, and transform the world, inner and outer. If you have no frame of reference for my claims, you needn’t adopt my argument just “on faith.” I would never ask you to relinquish your discernment about what is true. However, I ask that you accept that everything I’m about to share is true for me. Would you be willing to offer me your sacred attention? With no more risk than a magic trick or a game of make-believe: would you be willing to accept what I say could be as true as what you believe? If you can experiment with relaxing your net of ideas and letting another’s truth sink in, you may catch a glimpse of the depth at which we can influence the web binding all consciousnesses, all beings.

What if I said that I have tasted true happiness? What if I said that true happiness is quite distinct from the happiness that comes from attaining desired things, or avoiding undesired things? It seems clear that the only happiness Trump himself personally is in touch with is conditional—that is, he needs the people and things in his life to look/seem a certain way, or else he believes he is unhappy. What if I then told you that the happiness and root of happiness that I am praying Donald Trump personally attain are genuinely irrespective of any particular manifest circumstances? That—besides discovering bottomless bliss—one can also access an unlimited source of wisdom, love, and “truth-power” in the same way? And, even better: that every sentient being has what it takes to access these (seemingly mythical) powers? That you don’t need an all-powerful God (or faith thereof)—just your basic human faculties—to accomplish this? And that, indeed, fixations on material or social glory are frequently impediments to uncovering true happiness?

If Donald Trump were to tap into the self-same source that I along with infinite other sentient beings (past, present and future) have internally accessed, Trump would become emotionally, personally liberated down to the very roots of his sense of self. And thus—not insubstantially—all other beings would be freed from the gross likelihood of imminent harm by Trump’s actions and his abuses of power while occupying the conventional role titled President of the United States.

If you, reader, are scoffing at such marvellous claims, I can relate. Eight years ago, I myself would be scoffing right alongside you—if I had encountered my own words as they are uttered presently.2This is why I note in the Introduction that tolerance of others’ truths is crucial to the path. What you think is 100% “true” to you, now, is also temporal, dependent upon your relative, local experiences. Another step in a perpetual integration process might be just around the bend. If you’re curious about my own story of growth (why, eight years ago, I wouldn’t believe me now), you can branch into my personal story here.

But that fact is only mundane proof that transformation is immanent and everywhere. I may have learned to induce and harness the energies of life’s inborn perpetual-transformation-mechanism at a relatively young age, but that is in part because of how, early on, I chose to orient to life: I’ve assumed my life is a journey to self-realization—which, by definition, must be inversely proportional to comfort and yet closely associated with bliss. As long as we are alive, we have the built-in potential for experiencing lasting joy and sanity—we must simply cultivate our minds in some ways and not others.

There are many paths to liberation from the illusory bounds between “self” and “world”—some long and winding, some more direct. What matters is that we are walking in the direction of our liberation, and helping others join the journey. One simple aspiration, like the prayer shared here which includes every level of awareness from the personally proximate to the distantly known, can function as a sign post, locating and invoking the path again. 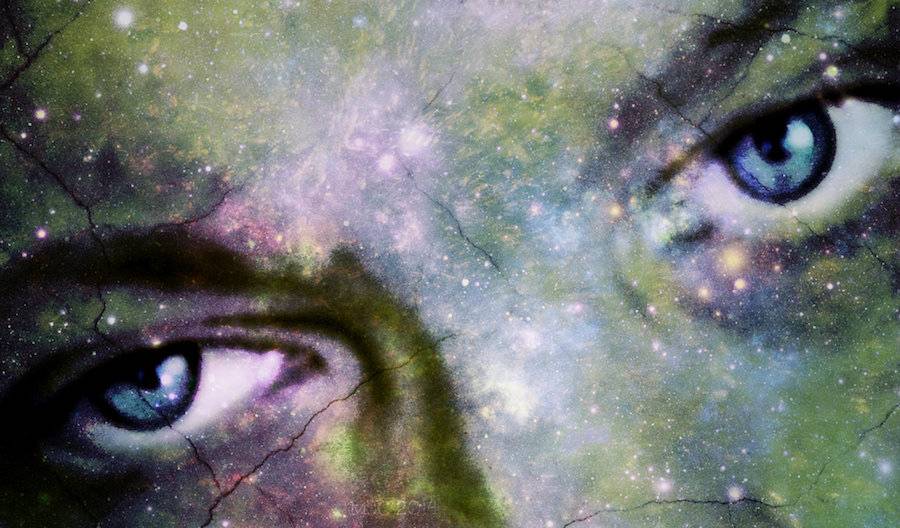 If it were possible to participate from afar in helping Trump open up the narrow confines of his ego and commune with the web of other beings that links you and him in this very moment, would you? Do you need to believe that it’s rational, realistic, or true to do what you can, even if that’s as simple as an invocation? According to healer Eutimia Cruz Montoya, “words are spells.” You might be surprised what you can actuate with them.

What if you were to extend love to every being you encountered, uncompromisingly? Yes, even the people or politicians whom you imagine you hate the most.

Are you prepared to admit that you want to experience love and happiness? And so do they?

Do they deserve happiness? Do you?

How does orienting to these questions shape your next perception?

What if every sentient being at once gave a heartfelt aspiration for one another to experience the root of happiness? What power—potential or kinetic—would such an act have?

May I experience happiness and the root of happiness.

May you experience happiness and the root of happiness.

May Donald Trump experience happiness and the root of happiness.