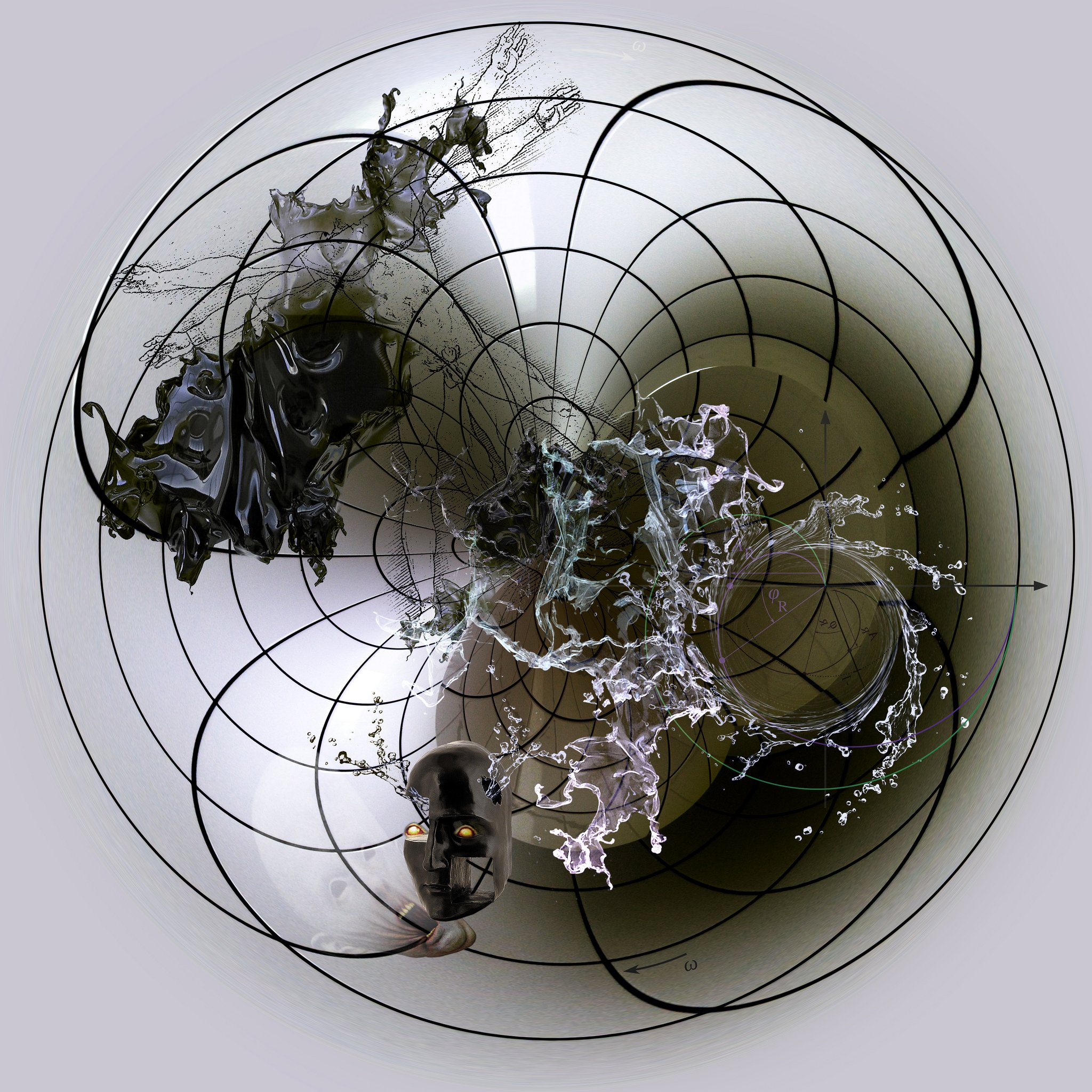 Jef Safi, Toroidal trigonomorphosis of the centripetal illusion of Being through the n‑sphere of the centrifugal In-Between in-formation outlining a Vanishing-Line in the virtual lineaments of the Path (dào) half-opened by the Median Void (taìjítú) Breath (qì). [CC BY-NC-ND 2.0]

I was feeling restless one morning, and while meditating got the idea to experiment with writing a poem that would openly break with objective grammar and even semantic meaning. I was inspired by our recent Cosmos Café on Jean Gebser’s 1941 essay, “The Grammatical Mirror,” which argues that subtle changes in language are evidence of a mutation in consciousness which he calls the “integral.”

During the call, I noted that since the time of Gebser, our ‘grammatical mirror’ has exploded (while remaining mostly mentally fixated) but that we might ‘update’ Gebser by finding evidence of the post-postmodern (integral) now. This text (and accompanying audio) is meant to illustrate that point. This might also be an extreme example of the ‘crytopoetic’ style. It’s also fairly influenced by recent readings in Peter Sloterdijk (i.e., ‘spheropoetics’).

find me a fin, ye fall sunlappers, cry all a fine liner thru Cancer arc continued, form kind stranger, find me! define if i will (cram the finer) slide black blue bellower Calypso eye field a fill to fall with in turning-bind, triple-helix (spiral-O) sorrows—