Born in St Petersburg, Russia, Diana Thoresen is a Russian-Australian writer who has divided her time between the United States, Russia and Australia. While studying in Philadelphia, she discovered a passion for American poetry and began writing at the age of 15. Diana is a graduate of St Petersburg State University which has a reputation for having educated the majority of Russia’s political elite, including presidents Vladimir Putin and Dimitry Medvedev.

Diana currently resides in Palm Cove, Far North Tropical Queensland, where she’s working on a book of poems about crystals, entitled Lavender Dreaming. Her interest in spirituality was sparked by her mother’s research into psychotronics and torsion physics. Diana also works as a writer/translator for Spintronics Inc, a free energy research and technology development start-up based on early work of John R. Searl.

Diana Thoresen is an avid reader, photographer, and seeker of knowledge about metaphysics, art, science, ancient civilizations. The Australian sky provides her with a constant source of inspiration, awe and longing for the ineffable. 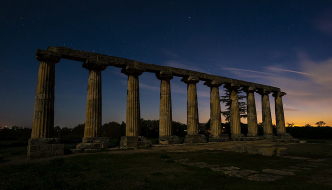 “St Barbara, a poor white gloved icy ingénue, / Has long been a dusty piece of Black Forest wood // That grew out of the ashes of Sibylline books”