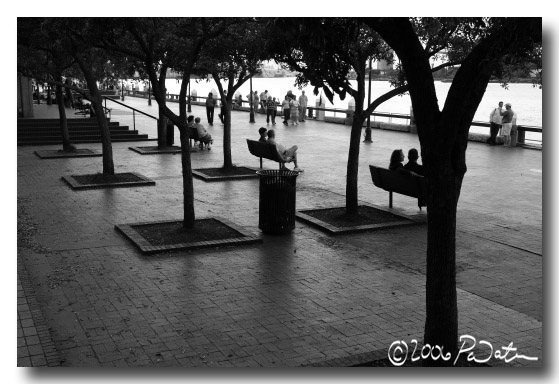 See What You Think About This:

I
This acts as some kind of nominal starting point. Because it was. She crept upon me. In the sense that it took some time for me to acknowledge the feelings, over many months of just being there. Through a bombardment of attention that turned to paranoia. I should have taken time to think the paranoia through, but didn’t. It was just the way it was, so nothing unusual. Looking back, it was obviously the shape of worse things to come but I can’t recall, now, what it was at that point. She was unreasonably attractive I remember, but if it ran any deeper then I’d defended against it; resisting the temptation to wonder. It never had been a physical thing and even now that wasn’t on the agenda. I assumed the most entrenched of my values would hold sway and prevent me turning into some melodrama. I slipped into her like a void; a kind of gap that I folded in and upon with a little prodding and only a few weakly expressed objections. As being in a room on your own. An expanse of space that somehow gets pulled back to you by the things that are there. Things that seem important. So you go about touching these things and running your hands slowly over the textures. And you call up to the lights high above, to hear a voice that comes back to you through the ears of another. Things make themselves apparent that seemed impossible up to then. The space endlessly folds over you and avoids being truly penetrated. The fear of her withdrawing and tumbling you out is at the same time happening and not happening. Full of little self-annihilations; dark meets light. A destructive embrace leaving a hole that won’t be filled. Does it mean that eventually I’ll disappear altogether? Do you trust her? Do you trust what she tells you? It isn’t an issue of trust because those circuits had been fused years before. They aren’t in the question. They won’t work. She’s making me disappear. No I don’t trust her then in that case. And the circuits come back on line. She’s annihilating me by degrees. All that’s going to be left are people trying hard to remember what might have been there. These same people are trying to help me now. They tell me to get out while there’s enough of me left, while I can still straighten my back. But they needn’t bother because I already know they’re right; it’s just that I don’t want to exercise a choice. The color of her eyes. That’s what I see when I think about it. Green eyes. Green, pale eyes. They promise me things I’m too scared to take. Maybe she’s only her eyes and the rest of her vanishes when they close. When she sleeps.

One day: I am in love with you. What could I do with that but recognize me? She laid down a million possible outcomes in one sentence. I took the option requiring me to lose things. The full extent of my loss hasn’t been revealed yet but started like this: one weekend she goes away for some innocuous reason and the moment panics me. I decide that I love her and am obliged to feel its symptoms. That’s what they are. Only symptoms invoked by permitting them a symbolic value. She weaves herself in and out of my thoughts as she chooses now. Across this crowded room she can see me sitting at a table. I watch her go to the bar and wait to be served. Occasionally she looks over her shoulder to me. She doesn’t smile but just looks at me in a way I can’t read. Each time she looks at me the bar man looks up at her. He looks over her body but misses the point. The men standing around at the bar gaze upon her too and they don’t get it either. I take the cigarettes out my shirt pocket and lean back into the soft chair. The hot room makes me sweat under my jacket. So I take it off and let it fall beside me. My hands are up behind my head in an attempt to put me at ease. If I look laid-back then I’ll be laid-back but it feels wrong so I sit back up and lean on the table again. She’s still at the bar, visible every now and then between the men and women that have gathered. And then she begins to slip out; pulling their gaze with her and walking towards me with a drink in each hand. Now she smiles at me a coy kind of smile that I choose to read as: Do you know what this is about today? Unfortunately I don’t. And then that wave of closeness hits as she puts the drink lightly on the table and sits down. I’m glad we’re here. And take up my part in this alternate version. What happened the night before? Same as usual. Got overwhelmed again. Got worried that I might hurt you and now I don’t know how not to. She dismisses it, saying that it’s okay because I can go back to things as they were anytime I choose. Meaning what? That she can’t go back? That she can’t deal with the hurt? I try and hold her gaze, try and lose me in her eyes.

We walk slowly along the river, hand in hand under a fading blue sky. The last warmth of the day leaves the ground, pulling mist from the surface to float closely over the dark water. When did this happen? I ask her. But she doesn’t answer. Just squeezes my hand, but it’s enough. If I dive in and swim to the bottom, will you still be here when I come back up? Of course. I’d wait for you. Show me what you wrote. Okay. I will show you what I wrote. I wrote this: