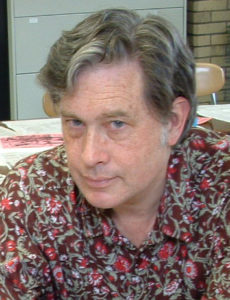 Brian George is the author of five books of poetry and two books of essays, the first of which, Masks of Origin: Regression in the Service of Omnipotence, is being published by Untimely Books in 2022. Other forthcoming titles include Voyage to a Nonexistent Home; Masks of Origin: Regression in the Service of Omnipotence; To Akasha: An incantation for the End of History; and The Preexistent Race Descends. He is a graduate of the Massachusetts College of Art, an exhibited artist and former art teacher at several Boston area middle schools, a former member of the Boston Visionary Cell, and a former organizer for Evolver Boston. He was a founding member of MAAP SPACE, a multimedia performance series, as well as of the Revolving Arts Salon and the current Cedar Square Arts Salon. He often tells people first discovering his work that his goal is not so much to be read as to be reread, and then lived with. 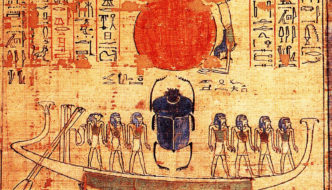 There are moments when the world comes suddenly to a stop, when the ground withdraws its support, when a schism opens, into which one may or may not fall. The world then employs its archaic sleight-of-hand to remove whatever faith you may have placed in this event. The structure of projection has barely missed a beat, but the schism in your psyche has not actually been sealed… 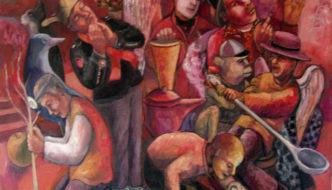 Above all, Antoniou’s compressed, theatrical space could perhaps be read as a kind of ritual confrontation, in which the known and unknown, the diurnal and nocturnal, are forced to meet and mix on a stage that allows for no casual avoidance or escape. 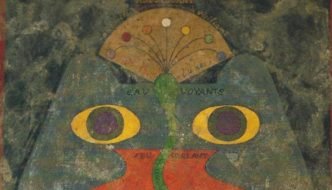 Has the Shadow become more user-friendly? No. Whether now or 2,000 or 10,000 years ago, the shared identity of the Shadow and the Guide has always presented itself in the form of an ultimatum, which we must torture our minds and bodies to interpret. 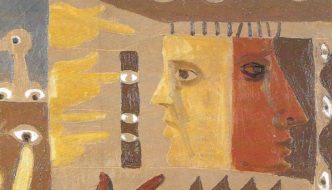 That our world has already ended, of this we may be certain. But is it the end of “a world” or of “the world”? It is reassuring that the prophets of world destruction have proven almost 100% wrong—and yet… 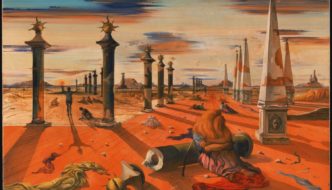 So, what does it mean for the Apocalypse to take place in the present moment, and, somewhat paradoxically, to be always just about to occur? 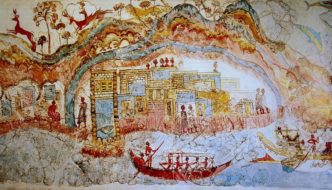 When I remember Sue Castigliano, I think of almost naked dancers vaulting above the gold-tipped horns of Cretan bulls, to the sound of waves breaking in the distance. Wandering with the ghosts of an exploded island empire, I enter the doors of a library that I first thought was an octopus. When I think of her, I see wheat bound in sheaves… 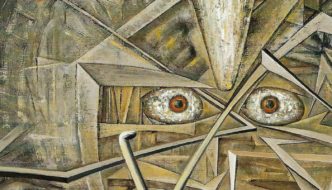 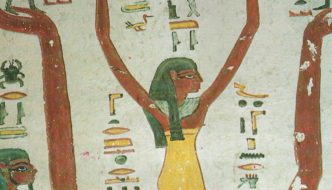 Are we meant to have certain experiences, or to connect with certain people rather than with others? The more romantic among us are used to thinking that there may be one true soul-mate for each person. It is less common to imagine that friends or teachers may also play their parts in this apparent drama of predestination. 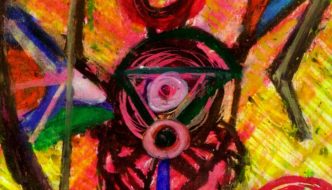 Since the end of the Paleolithic Era, it is possible that we have been riding a long curve of descent, in which all things once transparent have become more and more opaque. 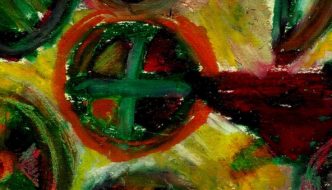 “It would be hard to communicate to someone growing up today just how widespread was the fallout from the threat of the Atomic Bomb. From July 16th, 1945, when the first bomb was tested over the Jornada del Muerto Desert, its occult light had continued to throw shadows from each object. The danger was not abstract; it was imminent, and it changed our whole way of looking at the world.” 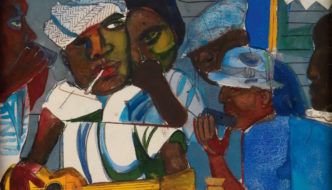 “In their re-imagination of the Ellison/Baraka opposition, direct challenges alternate with playful taunts. These exchanges have the energy of a competition but the warmth and generosity of a collaboration.” 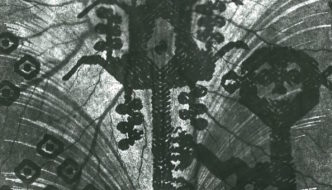 We must access, without moving, all of the records that we need, and with our small flutes challenge the bone orchestra of the empire. 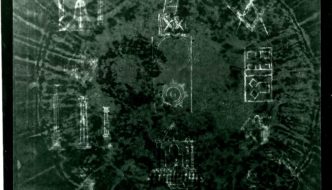 “In a comment on my essay “The Vanguard of a Perpetual Revolution,” Okantomi wrote, “I often feel like I can see what is happening in the world, as well as what is just about to happen, and what will almost certainly happen later on, and it’s like no one else sees what I am seeing. It’s eerie, shocking, and finally depressing.”